Stay up to date with our most recent news and updates. 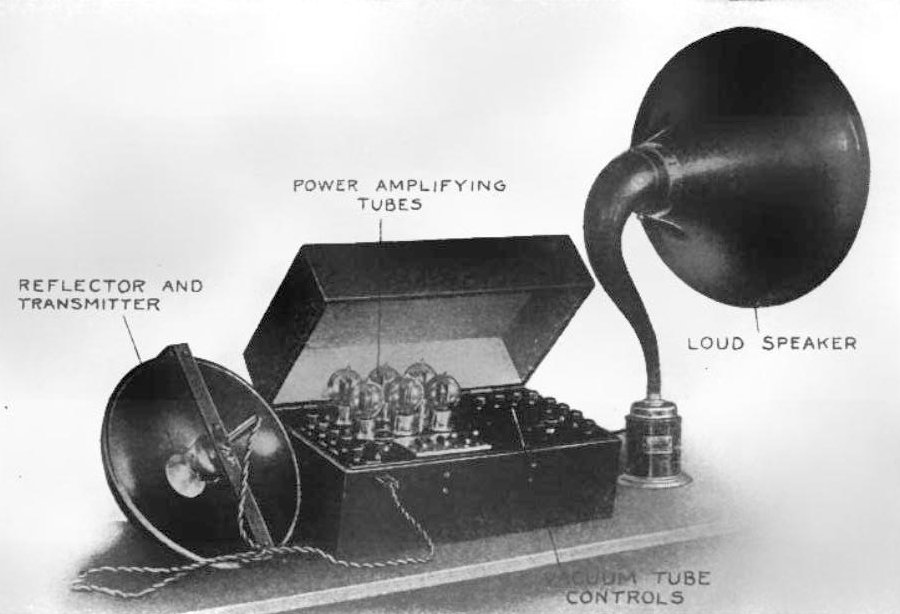 In the previous article we talked about how sound is composed by a superposition of mechanical waves. These waves have different frequencies and “colour” the sound in different ways. Knowing this, the task of a good sound system is to reproduce these frequencies in a balanced way: playing around with them is the job of musicians and composers, and we don’t want to mess around with their work when we play it for an audience.

There are several ways, mechanical and electronic, to ease this task. In many cases the first approach is to use a transducer for the low and mid/low frequencies, often called woofer, and another one specialized in high and mid/high frequencies. You may hear many different names for this one, corresponding to different technologies, but let’s just call it tweeter for now. When this double approach is used we call it a two way speaker. As of 2020, all Partybag products are two way speakers.

In a Partybag 7 for example the rectangular opening on top of the “face” is the tweeter, and reproduces high frequencies, while the large round loudspeaker under it and covered by the grid is the woofer. The electronic board inside, that includes a DSP (Digital Signal Processor), between many other jobs distributes the sound between the two allowing each transducer to work with its favourite frequency range. In this way we make sure that the sum of the two contributions is a clean continuum. In order to get more bass frequencies, that between other things are the ones that put more stress on the battery, the woofer works in synergy with the two circular openings you see next to it. These form a sounding board, kind of like the one you see on a classic guitar, and that configuration is called bass reflex. This is another solution very widely adopted on professional and semi-professional sound systems.

So what about this “Frequency Response”?

In an approximated and very down-to-earth way we can describe the Frequency Response as the measure, often shown in a 2D chart, of how loud a sound system reproduce each frequency or frequency range when given a constant-level input. For example, we can feed a Partybag Mini a sound signal including all the frequencies in a way that no one is louder than the others (something quite horrible to listen at), and then measure the level of the output from our beloved speaker at different frequencies. Ideally we would like for them to be all at the same level, that would mean same level in – same level to your ear for each frequency, in which case the chart would appear flat. But reality is never ideal, and looking at the Frequency Response you can see how much your speaker differs from being acoustically “transparent”. The easiest thing is to just show it, here is our Partybag Mini:

A common way to summarize charts like this is, as we do as well, to declare “Frequency Response (-3dB) 100-20000Hz”. Meaning? That between 100 and 20000Hz there will be not a point on the chart lower than 3dB from the maximum. Hey, that’s not bad at all! Another common way is to talk about the frequency response “+/-3dB”, more permissive and so more appreciated by marketing departments.

Unfortunately in advertisements you can find the most bizarre things, and it’s not rare to read vague statements such as “Frequency Response 40-20000Hz” without further specifications: could be +/-6dB, +/-10dB, who knows? It depends on how much the producer has been generous with himself. This is just a quick way to showcase the speaker as extra capable, expecially when it comes to low frequencies: since the line unavoidably falls down in the lower part of the spectrum, using a larger tolerance allows a seller to say “we got extra bass!” and play with the unknowing customer. We are more inclined to use the verb “play” in association with “music”, that’s why we are writing this.


For these reasons, but also because we believe in our products, what we suggest is to try them hands-on in our shops or even directly in our headquarters, where we are always ready to meet you, answer to your questions and offer you a good Italian coffee. In any case a look at the technical specifications can’t hurt, and we hope these articles can be helpful in giving non experts a better understanding of them.

We use cookies on our website to give you the most relevant experience by remembering your preferences and repeat visits. By clicking “Accept”, you consent to the use of ALL the cookies. Read More
ACCEPT
Manage consent

This website uses cookies to improve your experience while you navigate through the website. Out of these, the cookies that are categorized as necessary are stored on your browser as they are essential for the working of basic functionalities of the website. We also use third-party cookies that help us analyze and understand how you use this website. These cookies will be stored in your browser only with your consent. You also have the option to opt-out of these cookies. But opting out of some of these cookies may affect your browsing experience.
Necessary Always Enabled
Necessary cookies are absolutely essential for the website to function properly. This category only includes cookies that ensures basic functionalities and security features of the website. These cookies do not store any personal information.
Non-necessary
Any cookies that may not be particularly necessary for the website to function and is used specifically to collect user personal data via analytics, ads, other embedded contents are termed as non-necessary cookies. It is mandatory to procure user consent prior to running these cookies on your website.
SAVE & ACCEPT